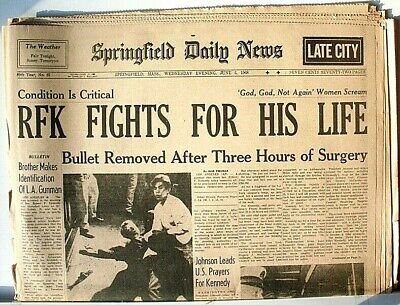 On March 22, 2022, Stephen Bouser lectured his students on libel, and how to avoid committing it in hopes that they will learn from his past mistakes.

He began the lecture by describing the first time in his journalism career where he was accused of libel. Before this incident, Bouser had not been cautious of libel and its consequences.

He had just left the army and started working at The Springfield Daily News. His work consisted of editing and laying out pages.

Bouser was unsatisfied with the types of stories he was being assigned and was eager to branch out.

It was a feature story about a family who had a pet deer living in their house. He was excited to write about something out of the ordinary. Bouser arranged a time to interview the family.

“An image I noticed vividly was the deer walking across the linoleum floor, slipping,” said Bouser. “I thought it was weird, but the deer was house trained.”

The Tanksleys had gotten word that a nearby family had rescued a fawn. They planned to raise it in their garden, until it was big enough for them to kill for its meat. That’s when they decided to buy the deer, in order to save its life.

Bouser made sure to not mention the other family’s name in his article, to avoid any legal complications. Nonetheless, he received a letter two weeks after publication, notifying him that the paper was being sued by said family for libel.

The family wanted $100,000 to compensate for the damage the article had done to their reputation. Lots of people were familiar with the family’s encounter with the deer, so it was easy to identify them from the article.

“I learned that you don’t have to name somebody in an article to libel them,” said Bouser.

When it came to the trial, the family tried to scare Bouser, convincing him that they would really sue. In the end, they agreed to settle on the condition that he write a follow-up story clearing the family’s name.

“I felt really victimized, I had to write this story,” said Bouser. “They eventually dropped the suit.”

During the lecture, Bouser informed his students of the six elements of libel: publication, identification, defamation, fault, falsity and harm or injury. If any of these are disproved in court, the case cannot stand.

In terms of defenses, Bouser disclosed to his students that by proving any of these, one can be off the hook. The five defenses are: truth, the wire service defense, statute of limitations, opinion and privilege.

Bouser advised his students on how to avoid suits like his. The most important thing to do, according to him, is to be responsive to complaints. He also stressed that they be prompt with corrections, and to always admit to mistakes.

Covering both sides of a story is crucial in avoiding suits. Bouser believes that writers should be complete in their articles, always reporting full and fair accounts. Most importantly, he reminded his students to never have an ax to grind.

“What I learned is that it’s not the big story that gets you in trouble,” he said. “It’s the innocent little feature story that can blindside you.”