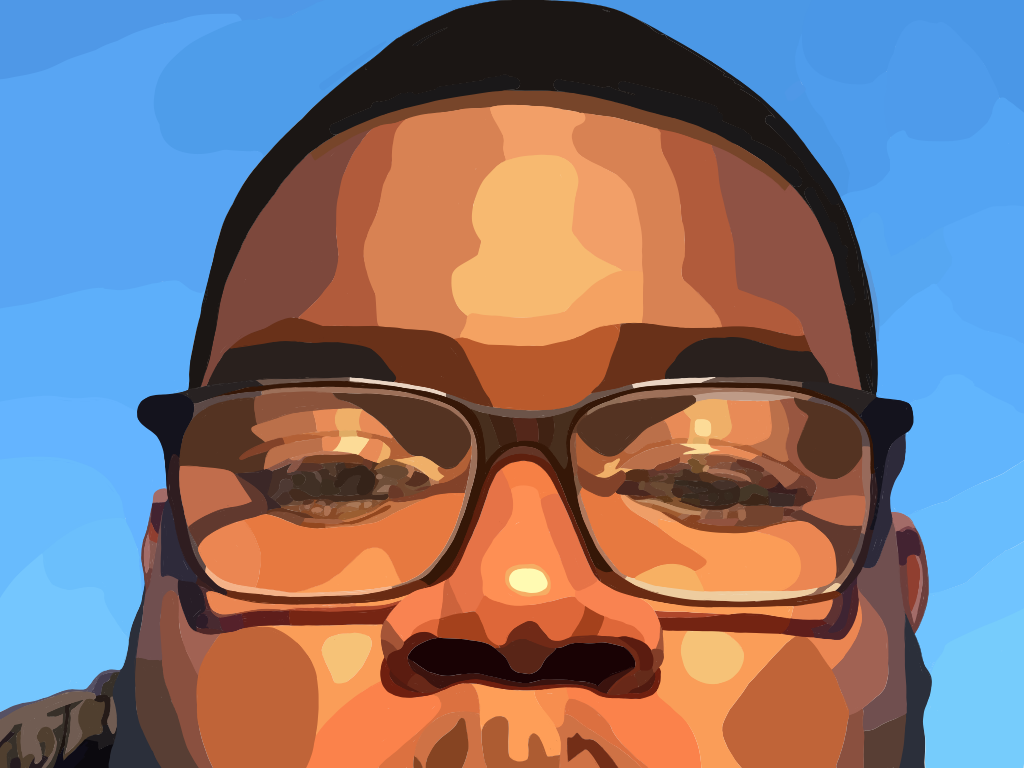 Growing up, all of Fabrice Gray’s report cards notified his family that he talked too much. This is one of his most flawed qualities, but it is also one of his greatest strengths.

Gray is a second-year student at the University of North Carolina, Chapel Hill, studying health policy and management through the Gillings School of Global Public Health. He grew up in Bowie, Maryland, but attended school in Washington, D.C., at the Washington International School, a small private school.

“It enriched my experience being able to meet people who came from around the world,” he said in an interview. “Everyone I met, I respected them the same, regardless of background.”

Although his peers came from different countries, the school was majorly white.

“It was diverse internationally rather than racially,” he said. “I was the only fully black male in my graduating class.”

The lack of people of color at his school inspired Gray to start the Mara Wilson Foundation. After his teacher and mentor’s passing, he created an endowment in her name, for underprivileged kids to be able to attend a prestigious school such as WIS.

“Other kids are just as bright as us, but are in different socioeconomic situations,” he said. ”I want kids just like me to flourish the way I did.”

Gray was also varsity soccer captain, in student government, president of the Operation Smile chapter at his school and president and co-founder of Protecting The Children’s Future Haiti. He has always been involved in leadership, as an attempt to help his schools reach their full potential.

“Being from Haiti, a lot of kids I see when I take trips back don’t have the same kind of privilege I have, despite coming from the same background,” he said. “My parents always prioritized giving back, that’s how PCF came about.”

PCF is a non-profit dedicated to providing underprivileged kids with education. The organization was founded in hopes of creating leaders who can return the country to the beautiful island it once was.

Gray was excited to come to a bigger school with more racial and political diversity.

“Being in an openly blue school, we were destined to villainize republicans,” he said. “My views might not always align with conservatives, but it is still a type of diversity that I appreciate.”

When coming to UNC, Gray was committed to maintaining his involvement with his community. He has since joined a fraternity, where he serves as the philanthropy chair, the UNC STEP club and the student government legislative branch.

“I visited UNC with my dad; I really valued his opinion, so after his passing, it’s really great that I was able to come to the school he liked the most,” he said.

Having visited his older brother in college, and seeing how close he was to his friends, Gray has always wanted to join a fraternity.

“In a big school it’s easy to get drowned out, I wanted to have a smaller community, where I’m able to get to know everyone,” he said. “My bachelor party is gonna be huge, I don’t think I’ve ever been more intimate than with my pledge brothers.”

Gray describes himself as a caring friend. He has grown up with a tight knit friend group, which allowed him to build strong relationships with those around him. He now applies these skills within his fraternity.

“I met him at a party, my friend was like ‘meet this guy, he’s gonna be your brother for life’. He was super genuine and lively,” said Tyler McCune, member of Gray’s fraternity. “Now I know a deeper and more serious side to him; he’s always willing to adapt to different situations.”

When it comes to his relationships, Gray values respect above all. He always puts others’ needs before his own, and expects the same from those around him.

“What I’ve learned is that you have to speak up and you have to be prepared to lose some things in search of better things,” he said. “Furthermore, I learned that if someone truly loves you and respects you they will listen to you.”

Gray cannot help but leave his mark wherever he goes. His high school college counselor recounted their time together with a smile on her face.

“We have all been exposed to his quick wit, engaging sense of humor and signature out-loud laugh, which is infectious,” she said. “Walking around campus there is hardly a corner of our school that Fabrice hasn’t touched in some way.”

In his future, Gray hopes to continue learning through new people and places, while never forgetting his past experiences. He promises to follow any opportunity that will make him a better person.

“Everything I aim for has always been geared toward equality for everyone, regardless of background or sexual orientation,” he said. “That has bled into everything I strive for, trying to make both UNC and WIS more accessible.”